One of the sacred habits of the Neapolitans is drinking coffee. The coffee marks the morning awakening, work breaks and the end of lunch. It is the drink par excellence, the one to offer to a guest, whether at home or on the street, it doesn’t matter.
Nce pigliammo ‘nu caffè? (Shall we drink coffee?) is an invitation that is difficult to refuse, because it is a formula that implies a confidential openness to the guest. Therefore the refusal to drink ‘na tazzulella e cafè’ can be interpreted by the Neapolitan as an offence.

The café or bar corresponds to the dwelling of the host, who will be adamant in offering coffee to the guest and paying the bill.

The exact same thing happens if you offer the coffee at home. Here, the most nostalgic will prepare it with the Neapolitan moka, the classic “cuccumella”, and begin to extol their skills in preparing the best coffee in the world.

Because there is more than one way to prepare Neapolitan coffee and, in Naples, everyone is convinced that their way is the best.

The ‘tazzulella e cafè’ should be hot, just taken out of the boiling water, unless it is specifically requested cold.

The Neapolitan school wants you to drink water before enjoying the drink to better savour the aroma of the coffee. The Palermo school, on the other hand, says exactly the opposite.

Some introduce sugar into the coffee, while others prefer to sweeten the coffee after pouring it. But, as mentioned, every Neapolitan has the ‘perfect recipe’.

Some people sweeten the drink by inserting a mousse of sugar and coffee drops into the empty ‘tazzulella e cafè’ and whipping it until it becomes a cream. Neapolitan coffee ‘purists’ ask for a small glass as a ‘tazzulella e cafè’, because they consider it the most suitable container for tasting the drink, and avoid coffee shops that use ‘industrial’ coffee powder. They prefer establishments that use roasted coffee to be ground (such as Caffè Mexico in Piazza Dante Alighieri). In front of the counter, or sitting at the table, you get to the crux of the real ritual behind ‘na tazzulella e cafè’: the conversation, which often in Naples widens to involve other strangers in the same café. 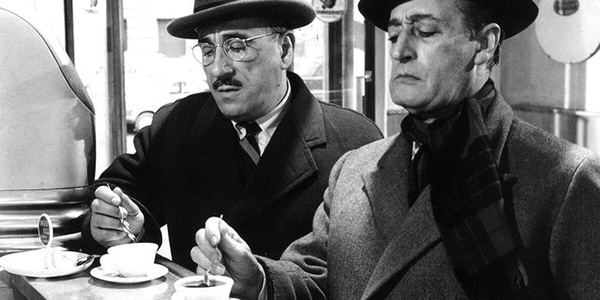 The classic Neapolitan coffee pot is the cuccumella, a term derived from the diminutive of cuccuma (copper pot). Originally, in fact, the cuccumella was made of copper and only after 1886 was it made of aluminium.

The cuccumella was invented in France in 1819 and its production continues to this day. Its daily use, however, has become increasingly rare and it has now been superseded by the moka pot.

The cuccumella has a very different shape from the moka we know today. Its peculiarity stems from the reservoir with a spout that is directed downwards when the coffee is prepared.

The Neapolitan tradition is to insert the cuppitiello on the spout (a small piece of paper folded into the shape of a cone) when the coffee goes down into the tank. This helps to preserve the aroma better. This tradition is recounted in detail in the comedy ‘Questi Fantasmi’ by Eduardo De Filippo. 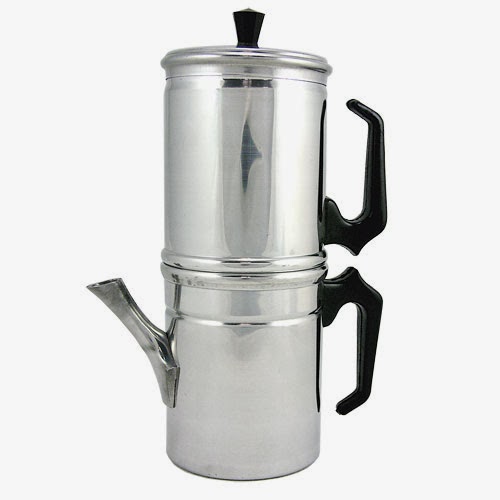 Coffee beans for roasting appeared in Italy in 1570, arrived in Venice and were used as a medicine. It was not until much later that infused coffee was discovered and soon became popular throughout Italy. In the city of Naples, coffee, as we know it today, the famous black drink, began to become popular between the end of the 18th and the beginning of the 19th century. In this period, the figure of the travelling coffee maker became established. He would go around with containers full of coffee and milk and a basket full of cups and coffee, and would start walking the streets of Naples at the crack of dawn, helping to ‘wake up’ the Neapolitans with the energetic drink.

More than 100 cafés opened in Naples in the 19th century, the most famous of which were Bar Starace, frequented daily by Antonio Petito, the great interpreter of Pulcinella, and Gran Caffè Gambrinus. Everyone has passed through this historic bar in the centre of Naples, from politicians to poets. Gabriele D’Annunzio, author of ‘A Vucchiella’, was in this historic bar when he composed this song.

The barbajata variant, i.e. coffee with cream and chocolate, was invented by Domenico Barbaja, who started working as a coffee shop assistant. The variant was so successful that Mr Barbaja earned a lot of money and became an impresario at the San Carlo theatre. His exceptional flair, not only for coffee, enabled him to discover opera talents such as Donizetti and Rossini. 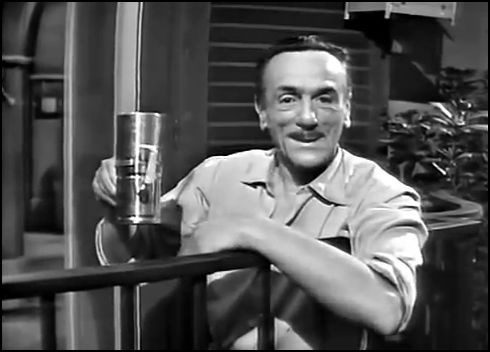 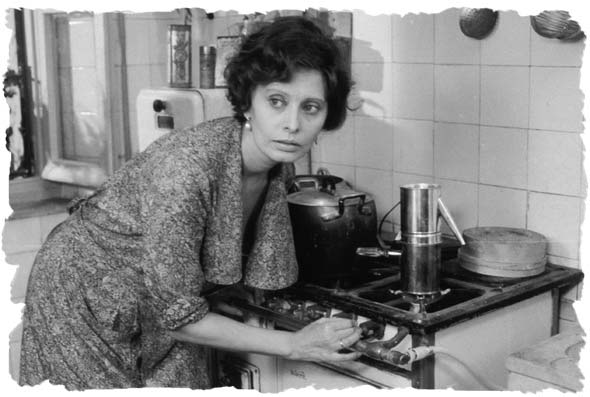